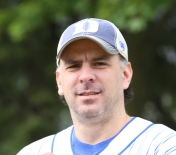 Skip Sherman was born and raised in Montreal. He still lives there with his wife and two kids.
As a kid he fell in love with sports and has been obsessed ever since and now loves how his teen aged son is equally obsessed.
What’s his favorite sport- the answer is simple, its whatever is on at the time.
Habs, RedSox, Expos, BlueDevils, Celtics, 49ers, Eagles. 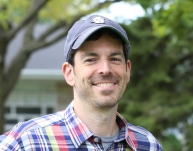 Josh Oubadia was born and raised in Montreal. He’s a fan of all the local Montreal sports teams but his favorite by far were the Expos. The way the team was left for dead by MLB still angers Josh to this day. If you ask him about it, be prepared to hear him go off. Josh has been known to be very opinionated and isn’t shy to tell you what he thinks or what’s bugging him.

His two favorite months of the year are March and October because they are the busiest months for sports he especially loves March Madness.
Josh moved to Toronto in 2003 and has been working in sports in some capacity ever since.
Josh makes frequent visits to Montreal to get his fix of bagels, smoked meat and Orange Julep.

Kos from Chicago. Our first ever guest.
Born and raised in Montreal but living in the Chicago area since 2006. Cubs & Expos, Bears, Habs, Blackhawks, Bulls and don’t forget about those Syracuse Orangemen.

Mike from Atlanta. Book as his friends call him was born and raised in Montreal but has been living in the Atlanta area since 2000.  Braves, Expos, Falcons, Hawks and Thrashers?

Mark from Philly. Another Montreal native but he has been gone so long he can hardly remember what smoked meat tastes like. Mark left Montreal in the early 90’s but has called Philly his home since 2001.  Phillies, Expos, Eagles, and massive Flyers fan.

Joseph DeBenedictis is an Emmy nominated Editor working at Pegula Sports & Entertainment, where he produces & edits video for the Buffalo Bills, Buffalo Sabres, the Nashville record label BlackRiver Ent. and HARBORCENTER. He is one of the co-producers & editor on the Buffalo Sabres award-winning documentary “Beyond Blue & Gold”. He has also created and produced numerous reality TV shows, and a comedy series under his production company JoMo Films (www.jomofilms.com). On top of it all, he does a weekly Vlog that follows his day to day life (josephsvlog.com).

Neil from Boston (sort of). Born and raised in Montreal but spent 9 years in Boston where he fell in love with all the local sports teams (except for the Bruins).
Habs, Expos, RedSox, Celtics, Patriots.
He writes a weekly football column and a daily baseball column on Fantasy Assembly.

Rob from Montreal. Montreal Native, huge fan of College Basketball but don’t get him started on the NBA. Rob has attended countless NCAA tournament games over the years.