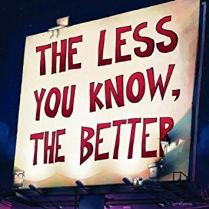 In this episode the guys recap the first two rounds of March Madness, including Duke’s thrilling/lucky win over UCF. In the NHL the playoff races are coming down to the wire, meanwhile in Ottawa, Sen’s owner Eugene Melnyk made a fool of himself (again).  The guys discuss Mike Trout’s mega contract and look ahead to the start of the MLB season. Recorded March 25, 2019.

The guys start the show with College Basketball and Duke’s huge win over Kentucky. In the NHL (12:43) some Senators players got into some trouble with an Uber driver and there were some big coaching changes. Also in this episode: NFL gambling advice (24:38), MLB free agents (26:09) and Josh has some podcast recommendations (30:20).

Recorded December 16, 2017. On the night of the big outdoor game between the Habs and Sens Skip and Josh discuss the state of the Ottawa franchise. Skip is devastated over the Carson Wentz injury. Did Duke really lose to Boston College? The guys follow up on the Stanton trade to the Yankees. Who would order shoes for a thousand dollars? Also find out why Skip’s wife is not happy about what was said about her a few episodes ago.

Listen to all of our other episodes

Recorded Sept 9, 2017. The guys each came prepared with four things to discuss that grabbed their attention in the past week. Could Josh’s day be ruined because of a podcast? What’s the early verdict on the return of Jay and Dan to TSN? Why were the television ratings so poor for the NFL season opener? What are some of the new options for watching the NFL for Canadian viewers? Baseball is about to break a homerun record, why is no one talking about it? Why is Josh watching the same TV show over and over? Does the Ottawa Senators organization actually know what its doing? Plus: How not to manage a fantasy baseball team. 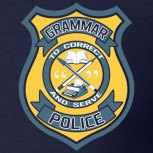 Recorded May 27, 2017. In this episode Skip and Josh break down the NBA Finals and discuss Lebron James vs. Michael Jordan as the best player of all time.  They also break down the Stanley Cup final between the Penguins and Predators. Josh is optimistic about the Jays and did you know that Skip loves the Kentucky Derby? 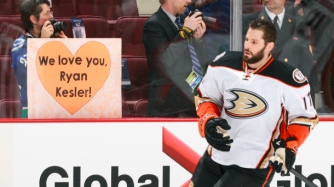 Recorded May 20, 2017. In this episode Skip and Josh discuss the NHL Playoffs, the Sens, Pens, Ducks and Preds, Guy Boucher’s coaching philosophy, Ryan Kesler and the lack of penalty calls.  The guys also get into the NBA playoffs, Lebron James’ dominance and the draft lottery. Josh is still loving the MLB network and sick of baseball fights. The guys also talk about some non-sports news including the best burgers, Twin Peaks and Chris Cornell’s Legacy. Also Josh uses a new razor.
Download this Episode (right click, save link as)

Recorded May 6, 2017.  In this episode Skip and Josh discuss the NHL playoffs, staying up to watch late games, the Penguins dominance over the Caps, Crosby’s concussion, the reasoning behind dressing seven defencemen and the location of the next NHL All Star game. Josh has two things bugging him: The NHL draft lottery and unwritten rules in sports. The guys also debut a new segment – things that make Josh happy!

Recorded April 28, 2017. Skip and Josh have had a week to reflect on the elimination of both the Habs and Leafs from the playoffs and they discuss the reactions in each city; in Montreal its doom and gloom while in Toronto it’s all positive.  The guys chat about the rest of the NHL playoff series focusing on the Senators and the Oilers. Also in this episode: the stupidity of interviews with athletes, the NFL draft, the ESPN layoffs and of course the guys each have something that’s bugging them this week.
Download this Episode (right click, save link as)